While researching an Evernote topic today I ran across this new (to me) app today on Evernote’s blog.  I don’t cook much, but if I did this would be one resource that I’d definitely use. 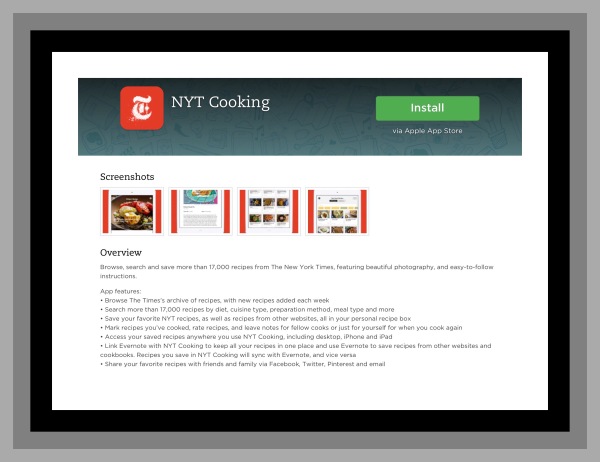 So I decided to try and share this in a new post for my friends and family who, with very few exceptions, all do love to cook (which is probably the key reason why I don’t need to!)   But I then realized that I was using Safari on my iPad, and I’d installed the ‘Press This’ bookmarklet yesterday, so I decided to try to post this ‘sort-of automatically‘ using the WordPress ‘Press This‘ feature.

‘Press This’  is a feature of WordPress that lets users create new posts very quickly and easily right from within a web browser with web clipped content.

This is my first time using ‘Press This‘ so I’m really hoping this post ends up looking OK, and that it isn’t really messed up…because if it isI’ll need to reverse the automatic republishing of it using WordPress’s ‘Publicize This‘ plugin on Facebook and Twitter.  I love automation, but sometimes the ‘too much of  a good thing’ old adage applies!

Finding specific apps in the Apple’s ios App Store can be difficult if not impossible, so I found the link for my followers.  This should automatically open in the Apple Apps Store on your ios device:

Link to the ios app

A Little More Information About It

Apparently this app is beautifully designed and helps users find recipes from a database of over 15,000.  It’s received great reviews!

Initially on Evernote’s blog, I misinterpreted the origins of the app.   It’s not actually an Evernote app, it’s a New York Times app which interconnects seamlessly to Evernote.

Here are a few more of New York Time’s apps: 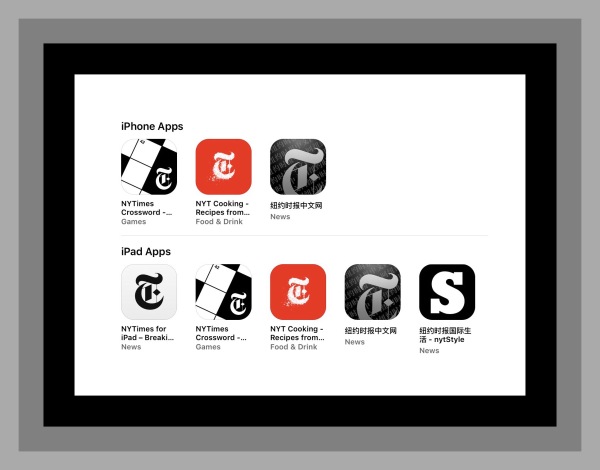 I’d love to hear from any of my followers if you’ve used this new app…so please leave any comments below!

Update:  OK, Press This worked well!  I’m pretty excited about that.  The only thing that got messed up is the image I uploaded at the last minute when I noticed a camera icon at the bottom of my iPad screen.  The image itself is fine, but it wasn’t placed where I wanted it.

Hi...I'm the author of 2 main blogs on WordPress...vsatips...where I write tech tips for mobile devices...primarily ios...2nd is vsatrends...where I write less about tech things and more about everything else. I also host a YouTube channel which I use to better illustrate some of the 'how to's' in my posts. I love everything about technology. Currently, my main interests/platforms are ios, Windows and Amazon Echo. Recently I decided we were spending way too much money with our local cable provider. So I decided to cut the cord. There is a definite learning curve, especially the antennae part, but we successfully did that and are now saving a boatload of money, so I write some about that. I also am extremely conscientious about security because of an event my family endured , so I write a lot about that too. Two sub-categories of security I tend to focus on are the password manager Dashlane and Hardware Firewalls. Last, I take a lot of notes and have been a beta tester for Evernote for many years. I love Evernote! In recent years Apple has beefed up Apple Notes a lot...so it’s become a fairly serious note contender...as long as its OK if you lose or mess up all your Apple note data. I write about those 2 note platforms primarily.
View all posts by vsajewel →
This entry was posted in Evernote, General Technology Articles, ios apps, Tablets, Tech Tips, Tech Topics and tagged Evernote, Evernote Apps, New York Times Cooking App. Bookmark the permalink.