While Apple’s newest ios does include a screen recording utility, it has a few glitches which make it almost unusable for avid YouTubers. In addition, you can only use it if you’ve upgraded to ios 11. If, like me, you’re waiting until Apple has sorted out the biggest glitches in ios 11, you’re still using ios 10, which has no screen recording utility built-in.

That’s where AirShou enters the picture.

Before the holidays I had been using a side-loaded screen recording app called EveryCord on a few of my ios 10.3.3 devices. But when we returned from our holiday travels, EveryCord wasn’t working any longer because their certificate had been revoked. The official reason why is because Apple revokes certificates of trust for many of these free nonApple apps and app stores almost as quickly as they earn their trusted status. Every 2 to 3 weeks in general.

Why Apple does this isn’t entirely clear to me. They began allowing users to install apps from other sources with ios 9, but initially only side-loaded apps were possible which involved installing XCode on your Mac computer and then tethering your ios device to,it with a cable to install apps. Later app installation became possible without tethering using technology Apple designed for Enterprises.

My first effort to reinstall EveryCord failed. When that failed I spent time trying to find and install a similar recorder. That effort failed to yield results too. So, I dug in, determined to find a decent screen recorder despite indications that it might be impossible to do so currently. After hours of attempts, I finally came up with a method that works currently. I decided to publish it to save others the hours of frustration  I encountered. 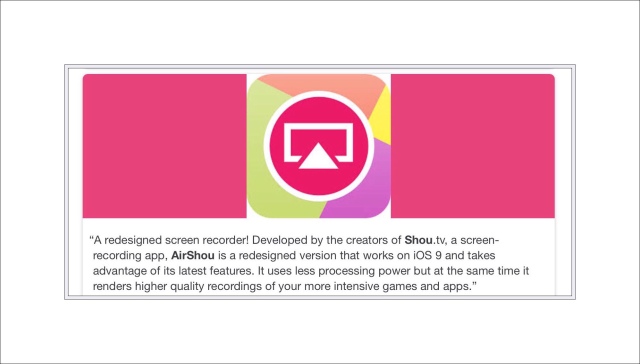 AirShou was originally a screen recording app that was created for the jailbreaking community. But around the time of ios 9, jailbreaking grew to be more and more difficult while simultaneously becoming less and less necessary. Apple took steps to open up ios a bit more to satisfy user needs, making jailbreaking almost a thing of the past.

You can read more about AirShou here.

You can learn more about AppValley using this link.

Troubleshooting Installation of AirShou or AppValley

This section is intended to provide troubleshooting help if you should run into any difficulties along the way.

Use this link to find steps for troubleshooting problems you may encounter during the installation process.

I made this YouTube video so you can see the process to:

How to Use AirShou 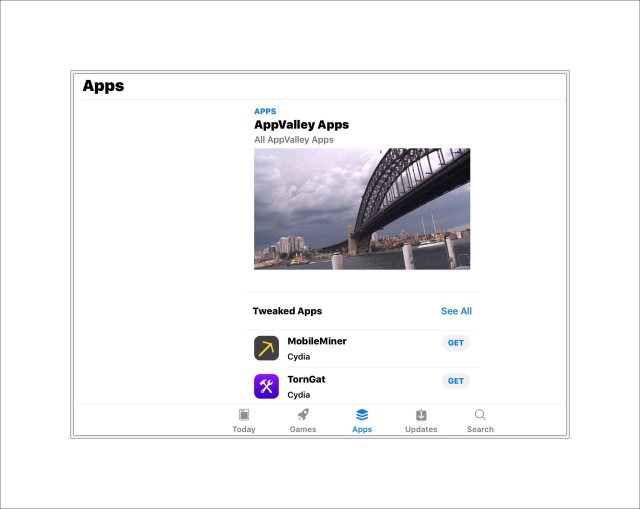 Tap on ‘See All‘ and you’ll see something like this: 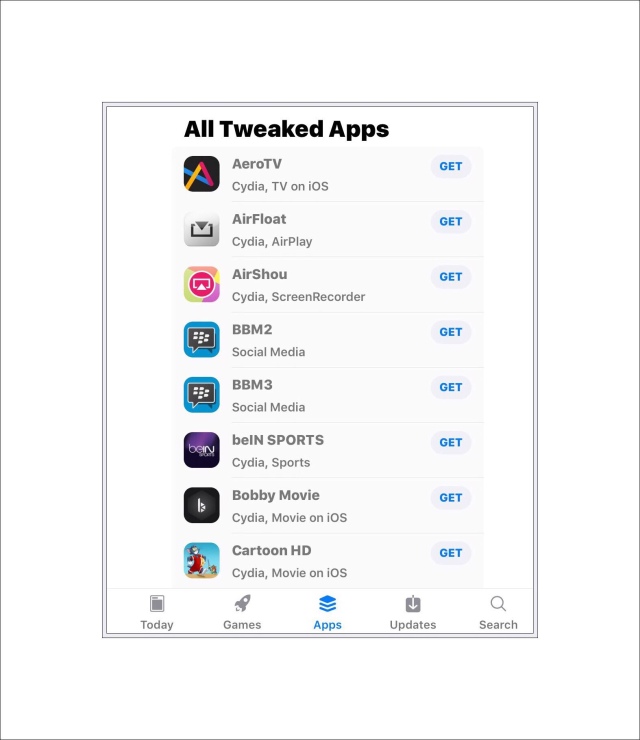 Look for the AirShou icon and when you find it tap on the word ‘Get’ next to it.

If you don’t see ‘See All’ or things look a little different for you, no worries…the site changes daily with app updates and things. Just use the tabs down at the bottom, try ‘Apps‘ to search for AirShou. You should find it eventually if it’s currently available. If it’s not, a possible scenario too, look for another screen recorder to try instead. It’s a moving target with the constant certificate revocations.

Once you’ve found it and tapped on the word ‘Get’ AirShou will begin installing. Close Safari and go to the home page that it’s installing on. When it’s finished installing…you can tell by the fact that the app icon image is completed, head over to Settings to Trust the Profile so that you can begin using the app.

Settings – General – and in the right hand pane scroll down to the bottom to Profiles and Device Management…⇐︎Tap on that.
You should see something like this…but with fewer entries: 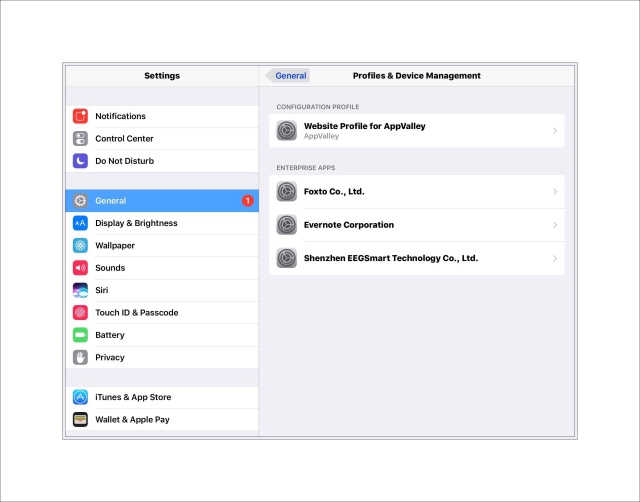 Tap on the line that says ‘Shenzhen EEGSmart Technology Co., Ltd.’
When you do you’ll see the screen below next.

Tap on the words ‘Trust “Shenzhen EEGSmart Technology Co., Ltd‘ and then on the red word ‘Trust‘ that shows up in the pop up…also depicted below.

What if a Different Name Appears in Settings?   Not Shenzhen?

The 2nd time I tried this method a different name appeared in settings…NARI Group…as the profile that needed to be trusted. Don’t worry about whatever the name might be that shows up here…just tap on ‘Trust‘ if it’s obvious that the profile accompanies AirShou. Once again, because of the frequent certificate revocations this name changes frequently. It probably just means that Shenzhen was revoked and they created a new certificate credential.

Once that’s accomplished you should see something like the screen below which is your verification that AirShou is now trusted. 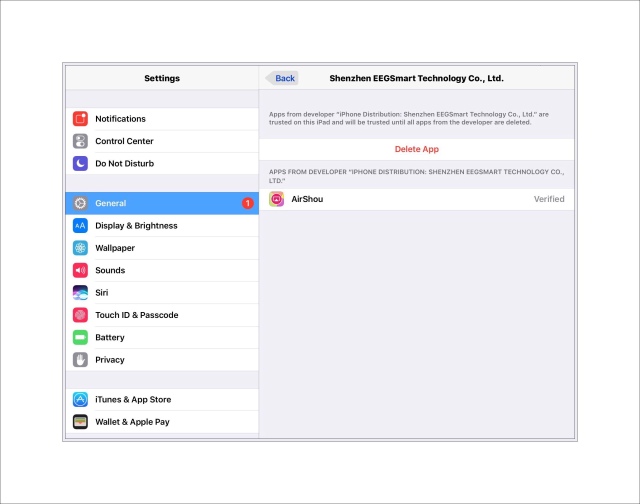 Then you can open the AirShou app and begin a screen recording!

How to Use AirShou

When you open the app you’ll see this:

Tap on the word ‘Record.’

Next you’ll see this pop-up asking about use of the microphone.

Answer it accordingly then swipe up from the bottom of your screen to open Control Center. You should see something like this: 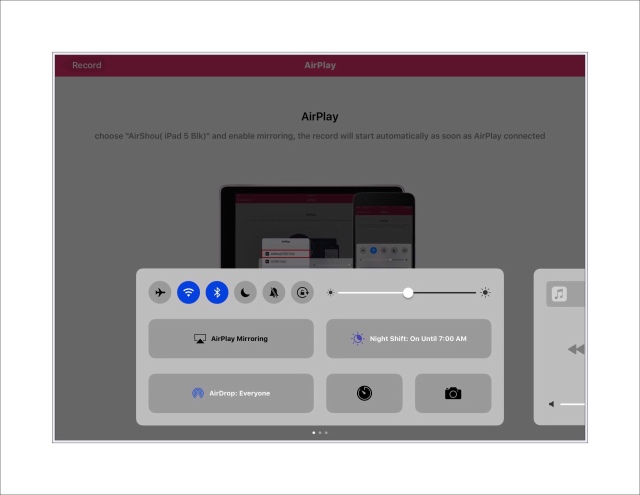 When you do you’ll see another menu open…tap on your device to begin the recording process. Then just go and record whatever you want! 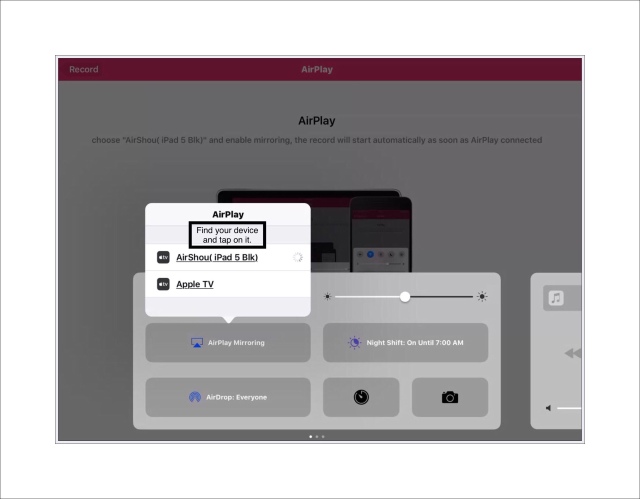 EveryCord is another free screen recorder that’s available via alternative methods. It’s the one I was using prior to AirShou. But currently their new certificate hasn’t been accepted by Apple. They’re waiting for that according to their recent Tweet (see below.) 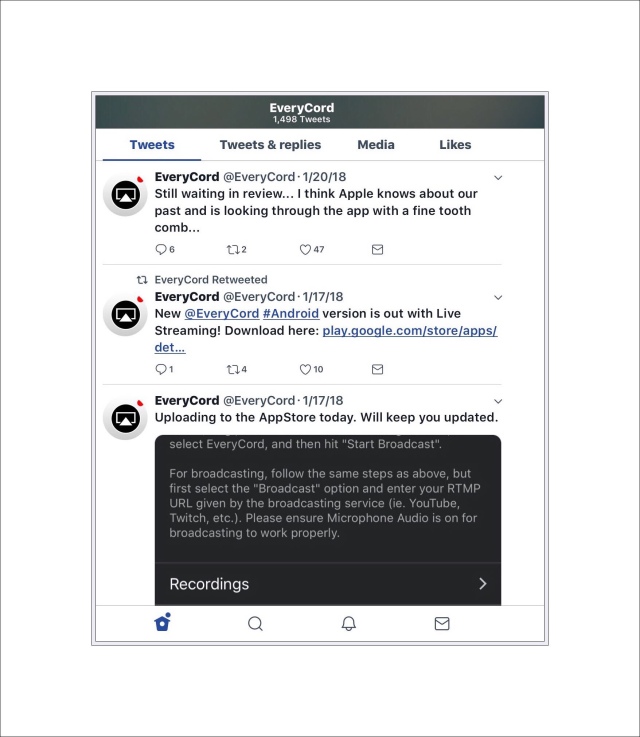 Use this link to install the AppValley App Store on your device.

You’ll arrive at this screen: 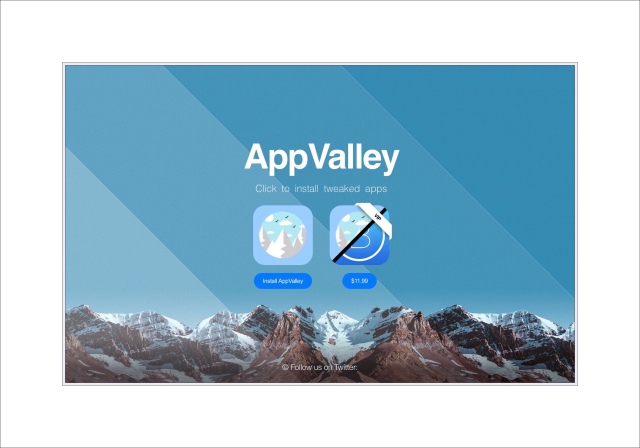 If you click on ‘Install AppValley‘ you’ll see this pop up message: 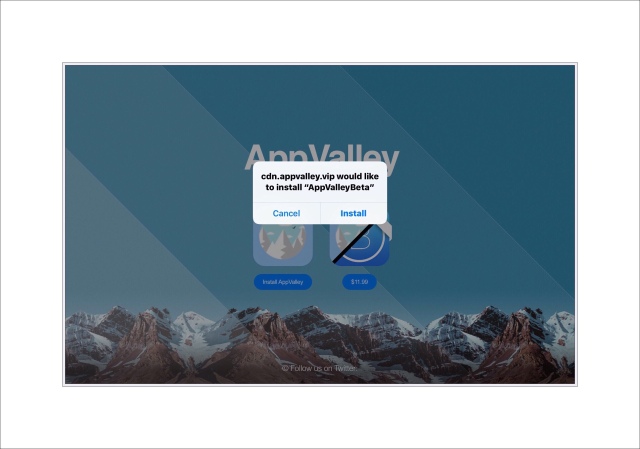 Tap on ‘Install‘ and the App Store should be downloaded to your ios device. You can access it by tapping on the icon it places on your home screen.

Don’t forget to ‘trust’ any application you download first in settings.

Only Use One Alternate App Store at a Time

I’m not entirely sure why, but several sites I ran across while researching this mention that you should only use one of these alternate app stores at a time. So don’t try to install another one while one is already present on your device.

If you’re running ios 10 or an earlier version and you want to record your screen using the AppVally apps store is currently (January 2018) the only alternative that works. There are several others such as emu4ios. I’ve used emu4ios in the past but it no longer works…although more than likely that will change again in the near future!

You can leave comments down below my bio.

Hi...I'm the author of 2 main blogs on WordPress...vsatips...where I write tech tips for mobile devices...primarily ios...2nd is vsatrends...where I write less about tech things and more about everything else. I also host a YouTube channel which I use to better illustrate some of the 'how to's' in my posts. I love everything about technology. Currently, my main interests/platforms are ios, Windows and Amazon Echo. Recently I decided we were spending way too much money with our local cable provider. So I decided to cut the cord. There is a definite learning curve, especially the antennae part, but we successfully did that and are now saving a boatload of money, so I write some about that. I also am extremely conscientious about security because of an event my family endured , so I write a lot about that too. Two sub-categories of security I tend to focus on are the password manager Dashlane and Hardware Firewalls. Last, I take a lot of notes and have been a beta tester for Evernote for many years. I love Evernote! In recent years Apple has beefed up Apple Notes a lot...so it’s become a fairly serious note contender...as long as its OK if you lose or mess up all your Apple note data. I write about those 2 note platforms primarily.
View all posts by vsajewel →
This entry was posted in A Comparison Chart | How Much Bloatware Comes 'Preinstalled' on New Computers, Apple, Apple Devices, Tech Tips, YouTube, YouTube ios and tagged AirShou, AppValley, EveryCord, ios 11 screen recorder, ios screen recording alternatives. Bookmark the permalink.