How to Find All Your App Reviews in ios

If you’ll be writing any App Store reviews, it’s probably a good idea to keep a copy of them somewhere if you think that you’ll ever want to find them again. That’s because Apple doesn’t make it easy to find those reviews after you’ve written them.  There are 3 methods that I know of to find them which I describe below.

You can use this method in the App Store app to search for them…but it’s a little tricky and you’ll need to know exactly which apps you wrote reviews for.  The pros to using this method are that when the other 2 methods don’t work this one usually does! 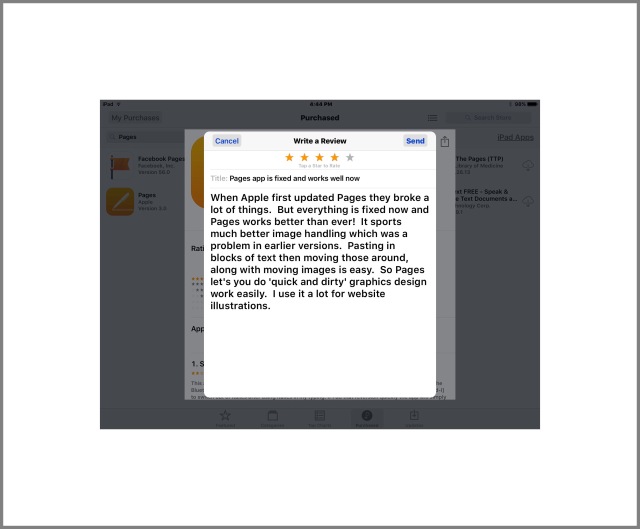 The above method # 1 is all well and good if you remember which apps you’ve written reviews for…but I know that I’ve written many of them on a whim which I’ve probably forgotten about. So using the individual search method by app name in the App Store would be prohibitively time consuming…if not impossible.

This is a much faster method (along with the App Store method 2)...when it works!  Currently it’s not working, but I trust that Apple will fix it soon!  I think the reason it’s not working has something to do with the release of ios 10…which may require many app developers to update their apps.  This in turn moves whatever reviews were recent ones into an older bucket by placing them in the ‘past versions‘ category…maybe..I think.

This Settings Method Works Off & On 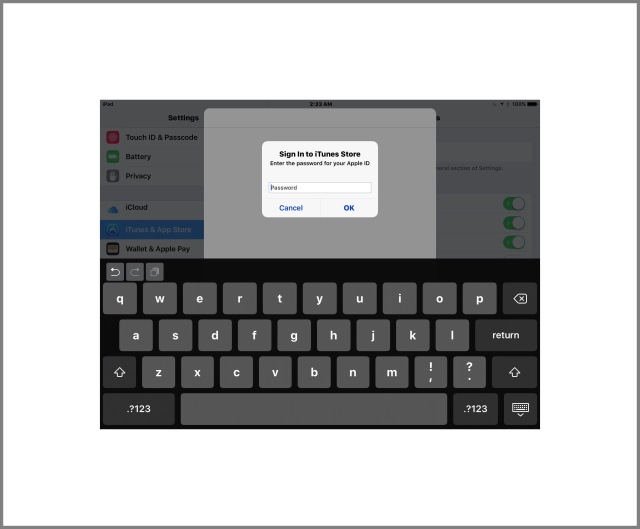 Typically all your Review should appear in the empty box below…trust me…this usually works!

How often do you write app reviews?  I’m really curious to know. I write them a lot because I rely on them a lot. I figure it’s a mutual courtesy kind of thing. My husband doesn’t read or write reviews  very often. So maybe those who write them most often are the same people as those who who rely upon them?

Please feel free to let me know what you think.  Especially if I’ve missed a method,  or how often you write reviews and or what motivates you to do so…or really anything at all you think readers might be interested in, in the Comments section below.  It’s easy because it’s totally anonymous!

Hi...I'm the author of 2 main blogs on WordPress...vsatips...where I write tech tips for mobile devices...primarily ios...2nd is vsatrends...where I write less about tech things and more about everything else. I also host a YouTube channel which I use to better illustrate some of the 'how to's' in my posts. I love everything about technology. Currently, my main interests/platforms are ios, Windows and Amazon Echo. Recently I decided we were spending way too much money with our local cable provider. So I decided to cut the cord. There is a definite learning curve, especially the antennae part, but we successfully did that and are now saving a boatload of money, so I write some about that. I also am extremely conscientious about security because of an event my family endured , so I write a lot about that too. Two sub-categories of security I tend to focus on are the password manager Dashlane and Hardware Firewalls. Last, I take a lot of notes and have been a beta tester for Evernote for many years. I love Evernote! In recent years Apple has beefed up Apple Notes a lot...so it’s become a fairly serious note contender...as long as its OK if you lose or mess up all your Apple note data. I write about those 2 note platforms primarily.
View all posts by vsajewel →
This entry was posted in Apps, ios, ios apps, Tech Tips and tagged app store reviews, apple app reviews, find your ios app reviews, Finding reviews you've written, My reviews. Bookmark the permalink.