2 NEWS UPDATES: News of the New iPhone Event | News of YubiKey for ios

Above: The small iPhone image above is from idownloadblog’s Wallpaper post.

The New iPhone Live Event Will be on September 12, at 10 am Pacific Time 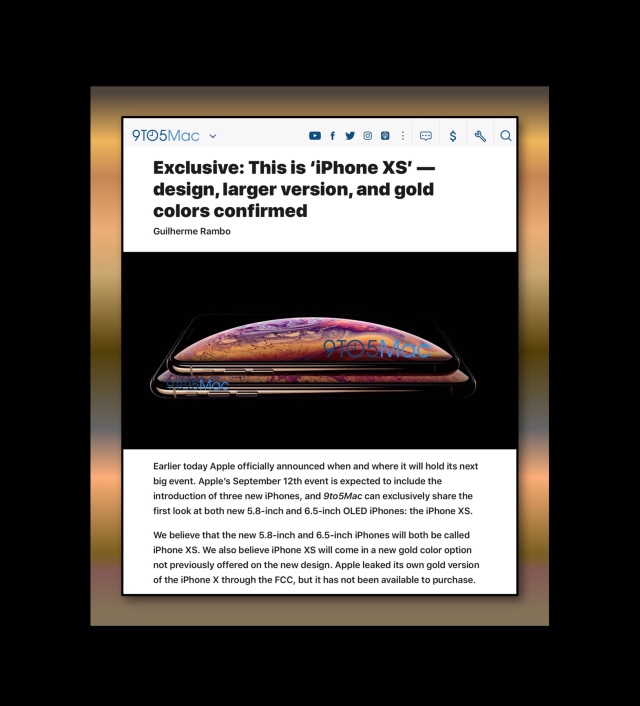 For months before Apple’s September Live event, people around the world begin to speculate about what form the new iPhone will take. Rather than write one more such speculative post, I’m including links to and descriptions of the best ones so you can decide which you’d like to visit and read yourself.

Also, it just so happened that some pretty big Yubikey news also recently hit the stands. So I’m including a brief overview of that, also with links for readers to find out more.

The photos shown above and below are from 9to5 Mac, (the only source we know of to find Apple’s leaked iPhone Xs images…presumably streamed publicly by accident when Apple tested a stream for the live event.)  Apple Insider’s August 30th update is the most comprehensive one I’ve found. They describe in detail what users should expect from the new iPhone Event scheduled for September 12.

In their August 30th post, Apple Insider includes iPhone Xs model speculation, new Apple Watch images and thoughts, as well as speculation on the likelihood of other product announcements such as iPads or MacBooks.

9to5 Mac’s Most Recent Coverage

In addition to discovering the leaked images of Apple’s new iPhones, 9to5 Mac’s ongoing coverage may be the most frequent with updates as well as the most detailed in terms of their speculation…while concurrently providing perhaps the most plausible speculation available.

Today Chance Miller, who may be 9to5 Mac’s most prolific Apple writer, shares a ‘concept video’ created by Korean Lee gunho, which aims to show off the new gold finish better. 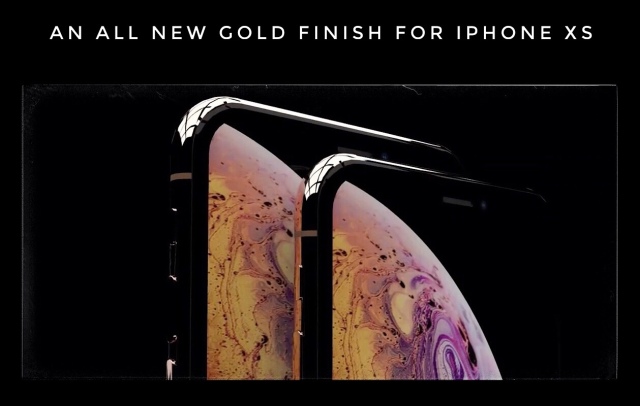 To read an entirely different take on the upcoming event and the devices to be announced on September 12th, Gizmodo in Australia offers a unique viewpoint and extensive coverage.

Do You Want to See Apple Announce the New iPhone Lineup Live? 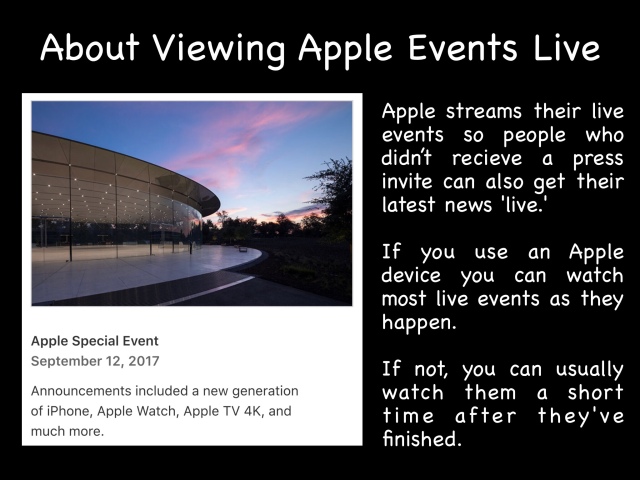 Here’s a link to Apple’s live event page where you can view past live events in their entirety or where you can watch live as new events unfold. Here’s one more link in case the first one doesn’t work correctly. In addition to watching the event live here using any Apple device, you can also watch it on newer Apple TVs by downloading Apple’s Live Event app to Apple TV.

Some iPhone Xs Wallpapers Have Already Been Created

Below: Birch Tree’s @mattbirchler has already created some great new wallpapers based on this 2018 invite. 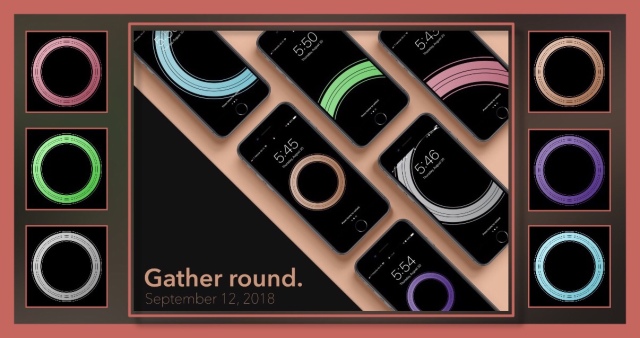 idownloadblog is where I discovered these cool wallpapers.

Below: tips for using these wallpapers.

“For the following set of wallpapers by @mattbirchler, keep in mind they will fit for most screens, including up to 4K monitors. The resolutions are 3840 x 3840, which means you can set them on either of your devices and simply scale, or place it as you prefer. In fact, it looks pretty cool just to have a partial Apple Park ring on your iPhone.”

The Tech Crunch Article can be read in full here: Yubico launches an SDK that lets iOS devs add support for its NFC keys. 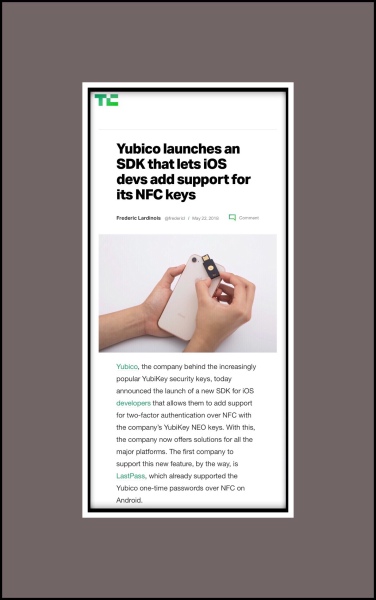 At the end of May 2018, Yubico (maker of the popular YubiKey) announced plans for a new ios SDK, making Yubikey the only hardware authentication device officially supported on all major platforms with SDK’s. 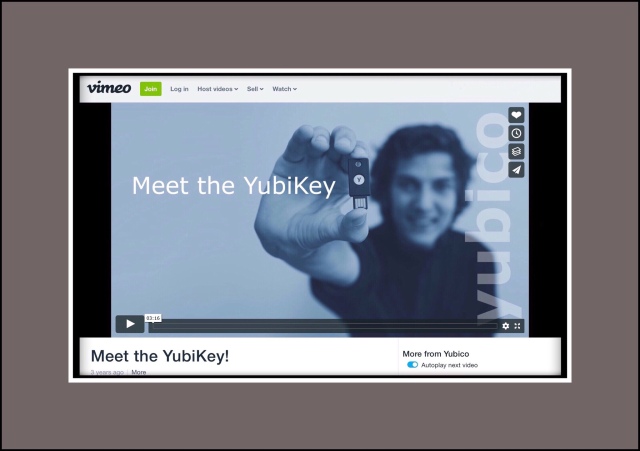 What is a YubiKey?

YubiKey is a newer, better way to secure data for our devices.

You may have read stories about how passwords aren’t necessarily going to be our best way to protect digital data in the future. There are a few reasons why that might be true. Some of the reasons are concerned with the ability to create ‘unhackable’ passwords in the future. As our current technology continues advancing in capabilities, breaking the passwords that protect them becomes easier and easier.

Another concern is that as social engineering techniques grow more sophisticated, more and more people may get duped. The end result is that using only digital means of securing important data is slowly becoming less secure.

One possible solution for better future security involves the use of a hardware authentication device. The YubiKey is one of the best in this new class of device. You can learn a little bit more about how YubiKey’s work in the video below. .

Everyone is probably familiar with 2 factor authentication by now. Using 2 factor requires the use of first a password, and then another means of proof that you are who you say you are. Oftentimes this second form is received in a text message or an email. But looking towards the future…because those can be readily hacked…that 2nd form will be a separate piece of hardware that you carry with you, and that no one else has access to. That’s what YubiKey is..the 2nd factor in 2 factor authentication…in the form of a little piece of hardware that only you have access to.

Since different mobile devices utilize different hardware technology, fashioning YubiKeys for the plethora of device types out there can prove challenging. Yubico does have a method that ios users can utilize currently for employing the use of YubiKeys…but it’s very limited. 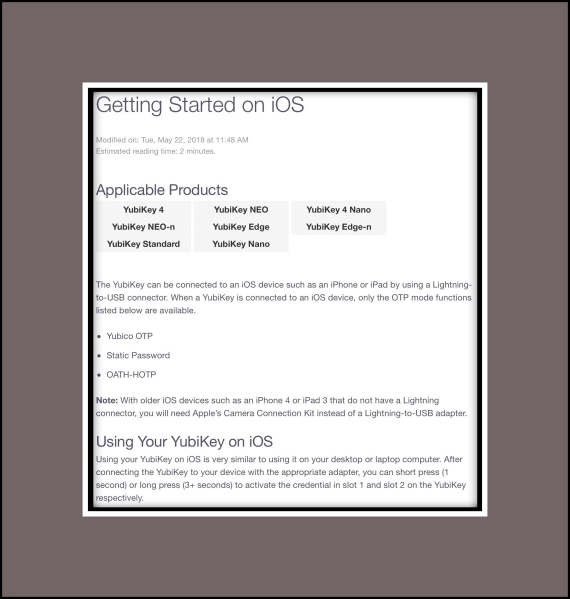 That’s why their May announcement is important.

The best way to see this news is with Yubico’s Vimeo video which both breaks the news and demonstrates how the new YubiKey will work with ios in the very near future. 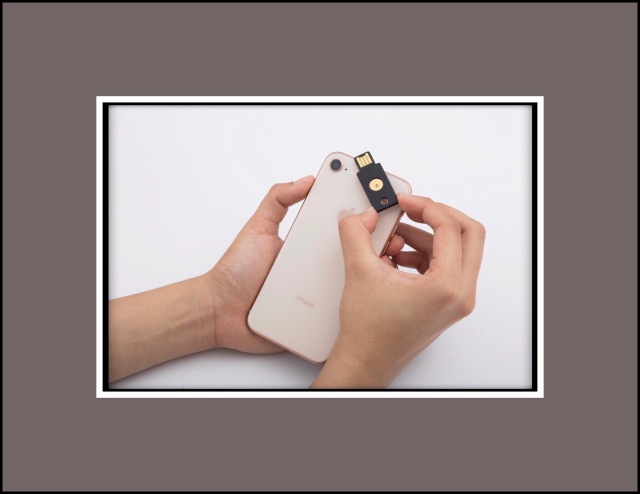 The announcement says that Yubico is developing a new SDK for ios developers. This SDK will allow ios developers to easily link with and incorporate all the cool features YubiKeys employ in apps for Apple mobile devices.

Yubico’s May announcement has now been realized which is why Tech Crunch shared this most recent news with readers. What the news means is that the SDK for Apple Developers is now available.

But users will need to wait a bit longer for Apple Developer’s to write the necessary code to work with Yubico’s keys. This will more than likely be available to us in the form of apps.

Yubico makes many different YubiKeys. My guess is it’s more than likely that any new code will be created for their newest mobile friendly key, the Neo first. I say this because Neo is already available for Android users. 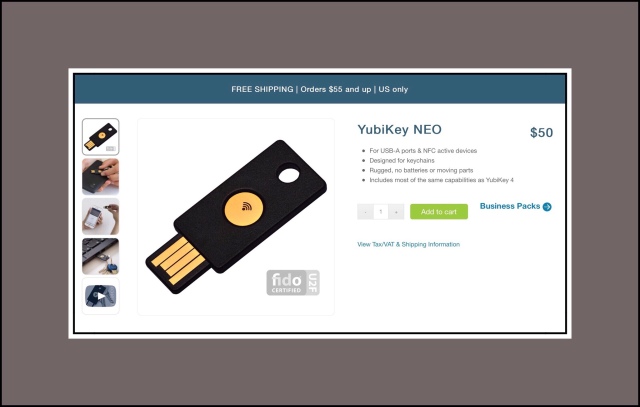 Wrap Up for YubiKey

In closing I thought readers might be interested in knowing more about how they can benefit from using YubiKeys. You can read about how they can protect individuals data and accounts here. Yubico has this cool tool which helps you to determine which YubiKey might be best for you. I ran the tool through it’s paces and the screenshot below shows my result. 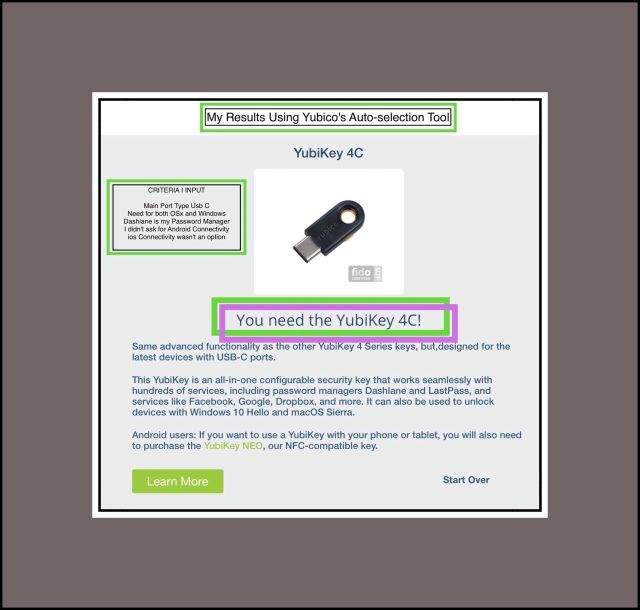 Later in the same day that I read the Tech Crunch announcement, I was pleasantly surprised to discover that Wired Magazine offers a free YubiKey to every new subscriber. 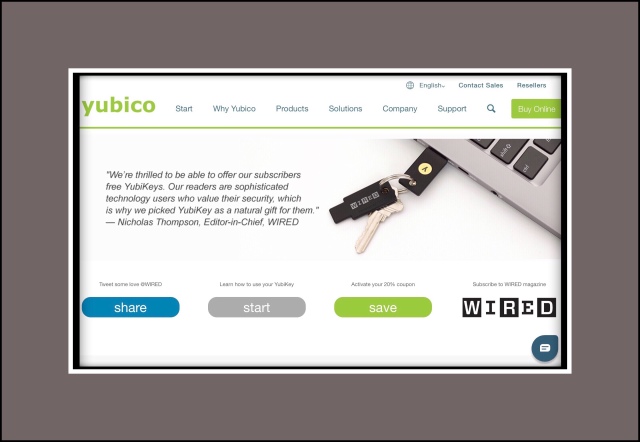 While reading about that I ran across this list of YubiKey benefits and features that Wired created…shown in the screenshot below. 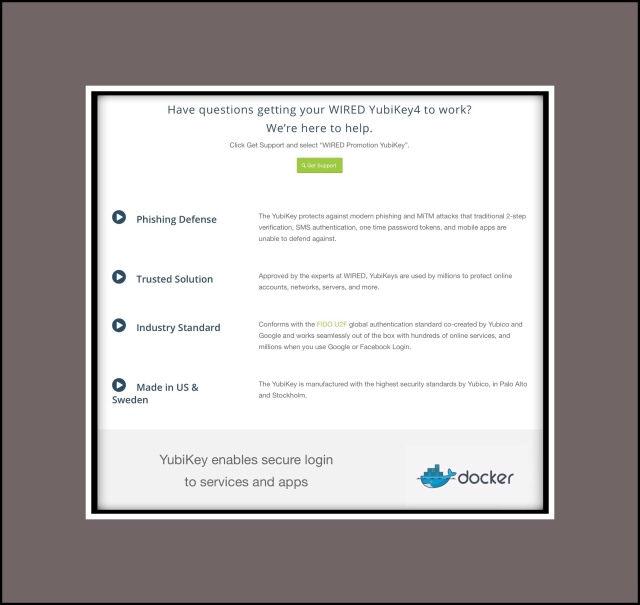 That concludes my highlights of what I believe to be the 2 most important news items for Apple mobile users as August 2018 drew to a close.

If you’d like to leave a comment or ask a question, you do so by scrolling a little further down this page.

Hi...I'm the author of 2 main blogs on WordPress...vsatips...where I write tech tips for mobile devices...primarily ios...2nd is vsatrends...where I write less about tech things and more about everything else. I also host a YouTube channel which I use to better illustrate some of the 'how to's' in my posts. I love everything about technology. Currently, my main interests/platforms are ios, Windows and Amazon Echo. Recently I decided we were spending way too much money with our local cable provider. So I decided to cut the cord. There is a definite learning curve, especially the antennae part, but we successfully did that and are now saving a boatload of money, so I write some about that. I also am extremely conscientious about security because of an event my family endured , so I write a lot about that too. Two sub-categories of security I tend to focus on are the password manager Dashlane and Hardware Firewalls. Last, I take a lot of notes and have been a beta tester for Evernote for many years. I love Evernote! In recent years Apple has beefed up Apple Notes a lot...so it’s become a fairly serious note contender...as long as its OK if you lose or mess up all your Apple note data. I write about those 2 note platforms primarily.
View all posts by vsajewel →
This entry was posted in Apple's New iPhones, Digital security, Password Security and tagged Apple Announcements, Apple new products, Apple News, cyber security, Digital security, new iPhone announcements. Bookmark the permalink.