It helps to find any app on your device

Through the years as new ios versions have been released, Apple has slightly changed this functionality…but it’s always remained in some form or other within Spotlight Search on ios.

Some Background Information You Can Skip

I have about 5 iPads as well as a new iPhone 6+ and some old iPhones including the 4s, 4 and 3, plus my very old iPod.  Can you tell I have problems letting go of things!

I keep the old phones for various reason…traveling internationally, because there’s old content on them, etc.  The newer ones, meaning the iPads, are a direct result of ios 8 bugs and my lack of time to completely restore the messed up ones as new.  I do still use the messed up iPads, but only when I need multiples for something or if a battery is dead in a favorite working one.

I try to keep them all setup pretty much the same way, with the same apps in the same places, although usually much of the data on each is quite different. But even with similar layouts, they aren’t always the same despite my spending more time than I should on each. 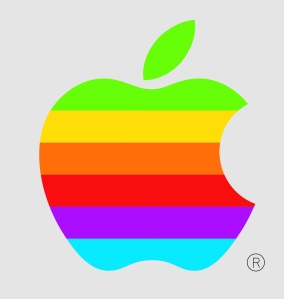 Sometimes I can’t find an app because it’s not in the folder I think that I put it in (often this happens when I’m in a hurry!)  I’m hyper-organized, so folders of apps, and even folders nested within folders are common for me.  Despite all my organizational efforts, I sometimes can’t find an app that I really need to use right now.  The way I search for an app that I’m positive is on my device is by using the global search bar at the top of any screen which appears when I swipe down from the middle of the screen.

Prior to ios 8, this would reveal the app, which I could then tap on to open. And then immediately close again while carefully observing which folder of apps quickly closed along with it. In ios 6 this worked well, but in ios 7 this method really didn’t work great.

I just completed a search for an app on ios 8, and was really thrilled to see that when the app was displayed on the search results, the folder that it was contained in was also displayed!  While this is not super exciting in the grand scheme of things, it is a great little tweak that for me, will definitely save me time!!!

How to Use Spotlight Search

Here’s an example of my search:

I have a new app called LoryStripes, which is located in a folder called ‘New App Pack’.

That folder is nested inside of another folder called ‘Photo Edit‘.  In reality Apple does not provide a method for nesting folders of apps within other folders, but there are ways to do it and it’s great if you have a lot of apps!  So I’m including a few recent links for performing tricks like that:

How to Use Spotlight Search

From the 2 links above you should be able to figure out how to find others which demonstrate these cool feats. 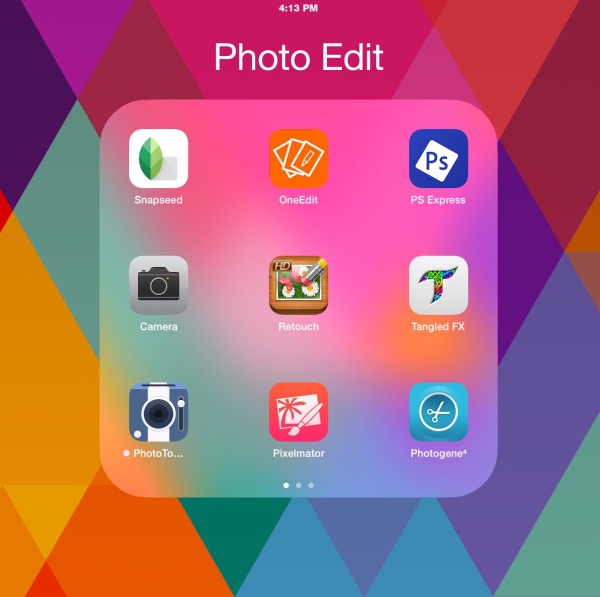 When I perform a global search for the LoryStripes app, the search results now display on the right and the Folder name where the app lives is displayed too.

Spotlight Search in ios 10 below

Use spotlights search to find an App

Apple also improved this search feature by adding more places that it will search for things.  Your email (using Apple’s email app) as well as your notes (using Apple’s note app) are searched, as well as the alternate search engine Bing and Wikipedia.

The way that Spotlight search operates is controlled primarily in Settings – Safari.  You can read more about how there various on/off buttons in settings will impact Spotlight search performance by tapping on the ‘About Search & Privacy…’  link right in Safari’s settings page.