Apple will have another exciting Live Event on Wednesday September 9th at 12:00pm Central Time (10am Pacific Time, 1:00pm Eastern)

Links to Watch the Event Live

Peter K from Phone Arena has written en extensive article on how to stream the event from literally any type of device that you could imagine. 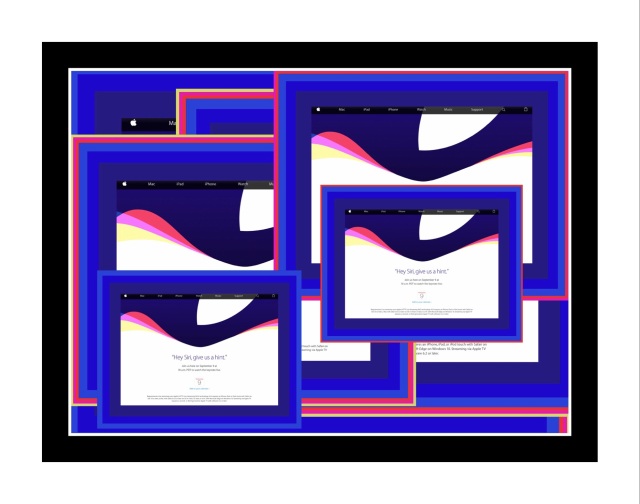 Fast Company has written a great overview article that includes comprehensive coverage of what’s expected to be announced at the live event.

Usually during the fall live event Apple unveils a new iPhone.  Every other year they unveil a substantial redesign with a new #…for example, last year in 2014 it was the iPhone 6.  On the opposite, or off-years, Apple add’s minor enhancements and tweaks to the phone released the previous year, and add an ‘s’ to the name.  So in this case we expect there will be an iPhone 6s announcement.  MacRumor’s writren an extensive overview of what some of the most likely new features will be.

In September 2014 a new iPad Air 2 was announced.  There was also a new iPad Air Mini but it didn’t receive all of the great new features that the full-sized iPad did.  So Apple fans expect a better equipped iPad mini this year.  Most notably the new iPad mini will probably include a faster cpu chip.

Everyone has been expecting a new, larger iPad to be released for a while now and it looks like that will finally happen.  This larger iPad, while aimed at corporate users, could potentially have much wider appeal and may be the boost Apple needs for their somewhat stagnant tablet sales of late. It’s speculated to include true multi-tasking (with side-by-side windows), possible capable of running two operating systems, OS and ios, as well as adding a new Force Touch stylus to aid in navigating smaller laptop type navigational commands with a touch screen.

This new, larger iPad is also a personal favorite of mine.  In addition to having written about it in earlier posts, I’m especially excited because I really need an ios tablet that performs more like a laptop…which is exactly what this new iPad should be.  Thus, you’ll find I include a lot more links to great information on this personal favorite.

The main reasons pointing to the actual existence of this larger iPad include code developers have run across in the newest ios 9 for larger sized screen specs as well as an accessory market that’s ramping up with actual specs for production.  You can learn more about that with the links below:

The other main new hardware speculation surrounds Apple TV.  You can read more about that in this MacWorld UK article.  This MacWorld news also includes a great overview of the whole event as well as more information on watching it live.

Hi...I'm the author of 2 main blogs on WordPress...vsatips...where I write tech tips for mobile devices...primarily ios...2nd is vsatrends...where I write less about tech things and more about everything else. I also host a YouTube channel which I use to better illustrate some of the 'how to's' in my posts. I love everything about technology. Currently, my main interests/platforms are ios, Windows and Amazon Echo. Recently I decided we were spending way too much money with our local cable provider. So I decided to cut the cord. There is a definite learning curve, especially the antennae part, but we successfully did that and are now saving a boatload of money, so I write some about that. I also am extremely conscientious about security because of an event my family endured , so I write a lot about that too. Two sub-categories of security I tend to focus on are the password manager Dashlane and Hardware Firewalls. Last, I take a lot of notes and have been a beta tester for Evernote for many years. I love Evernote! In recent years Apple has beefed up Apple Notes a lot...so it’s become a fairly serious note contender...as long as its OK if you lose or mess up all your Apple note data. I write about those 2 note platforms primarily.
View all posts by vsajewel →
This entry was posted in Apple, Apple News, Apple Products, Apple's New iPhones, ios and tagged Apple Live Event, Apple News. Bookmark the permalink.