Photo of iPhone 7 below

was released in June. It includes:

You can swim with it!

The developer John Hanke founder and CEO of PokemonGo from Niantic Labs announced that PokemonGo for watch will be coming out before the end of the year.  This new app should make the game more accessible, better, faster, easier and especially safer! 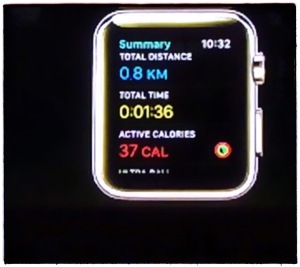 PokemonGo has been downloaded more than 500 million times around the world.  He also announced that the new PokemonGo Plus wristband will be available later this month. 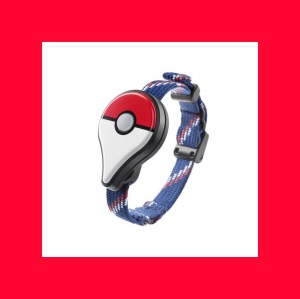 Perhaps the biggest news for the PokemonGo’s new Watch app might be that it will interface somehow with the fitness activity app.  A Niantics Lab person gave a demo of the new app and you can capture Pokemon, hatch eggs, get items from Pokestops and see information about the Pokestop…all from your watch!  You can also see the calories you’ve burned!  You can even hatch eggs!  And their demo included hatching a Pikachu! 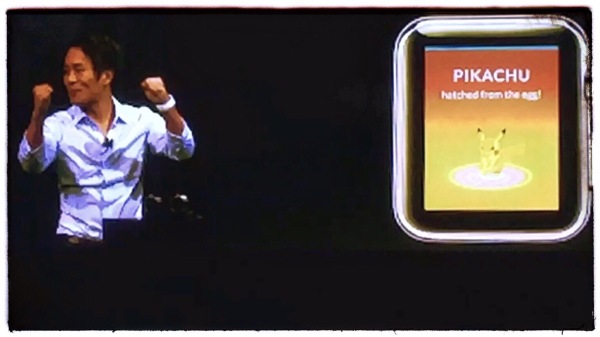 Tim announced that Apple has formed a…

Comparison of All iPhone Camera Features

in the New iPhone Lineup 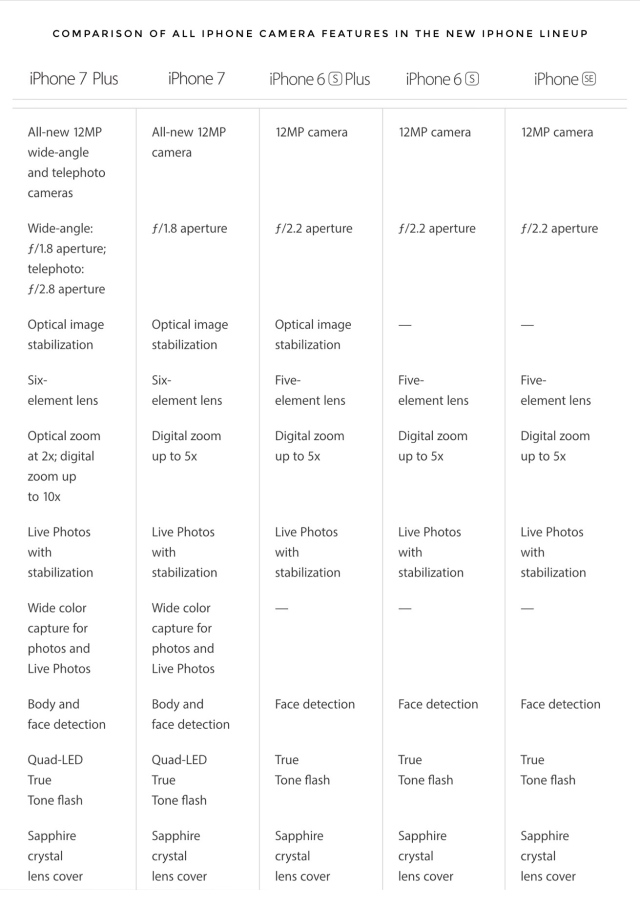 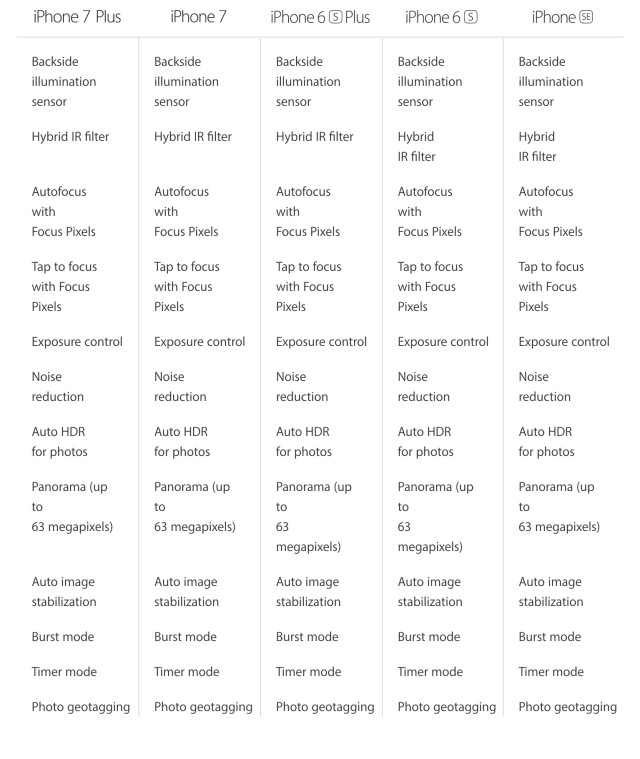 Phil Talked More About Some of the Specific Hardware Features 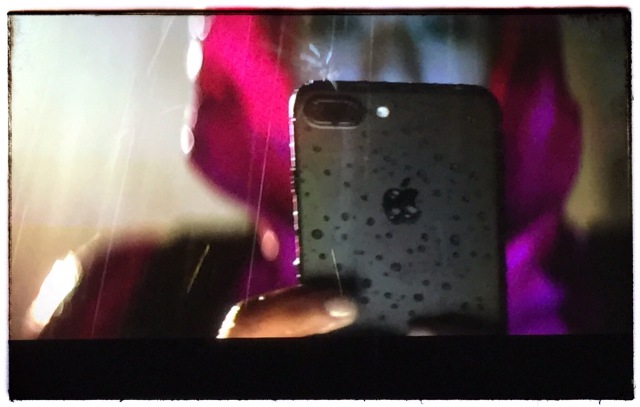 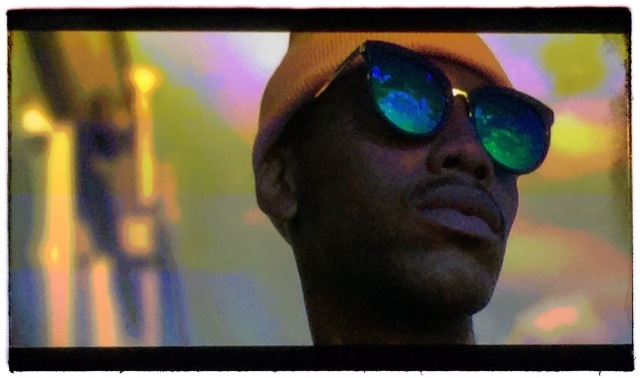 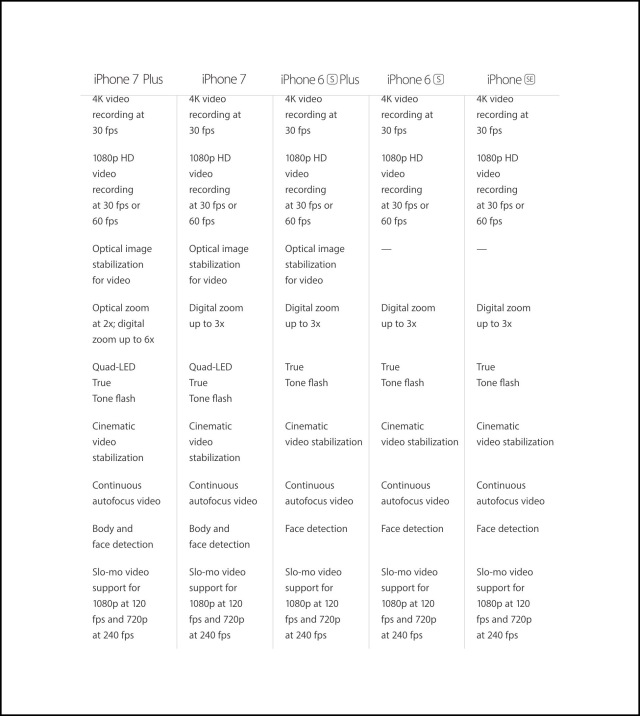 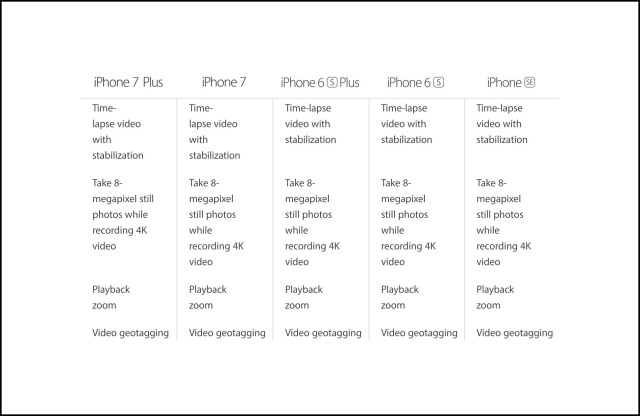 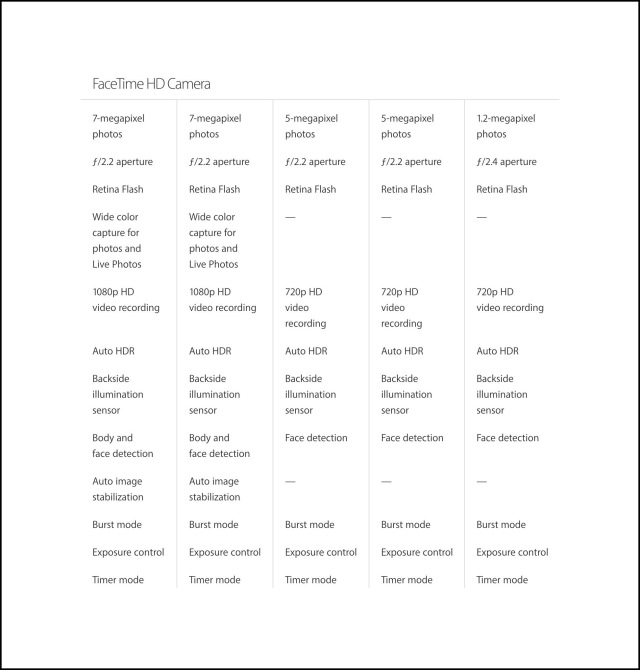 Information on the complete lineup of iPhones: 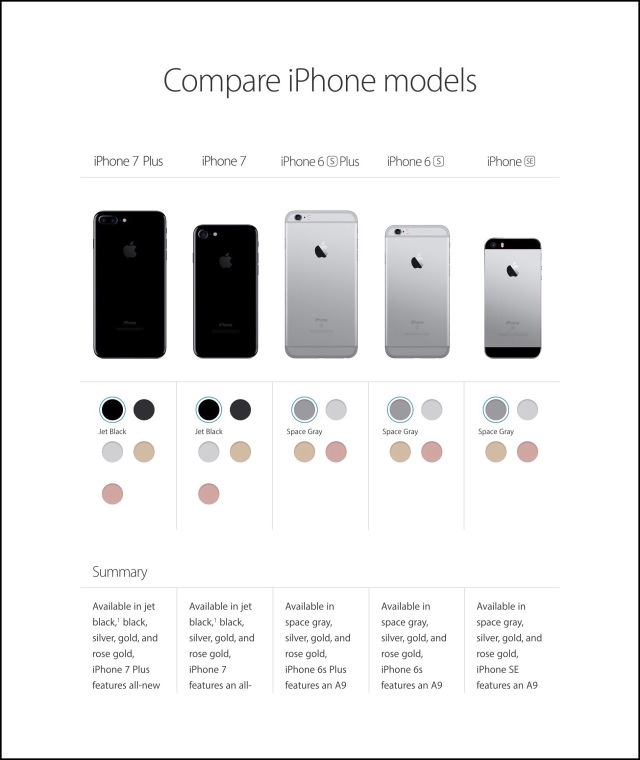 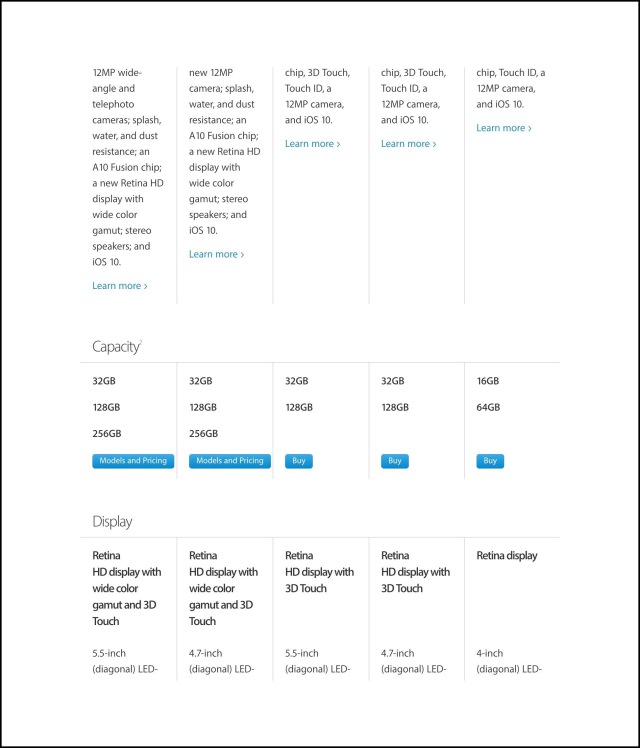 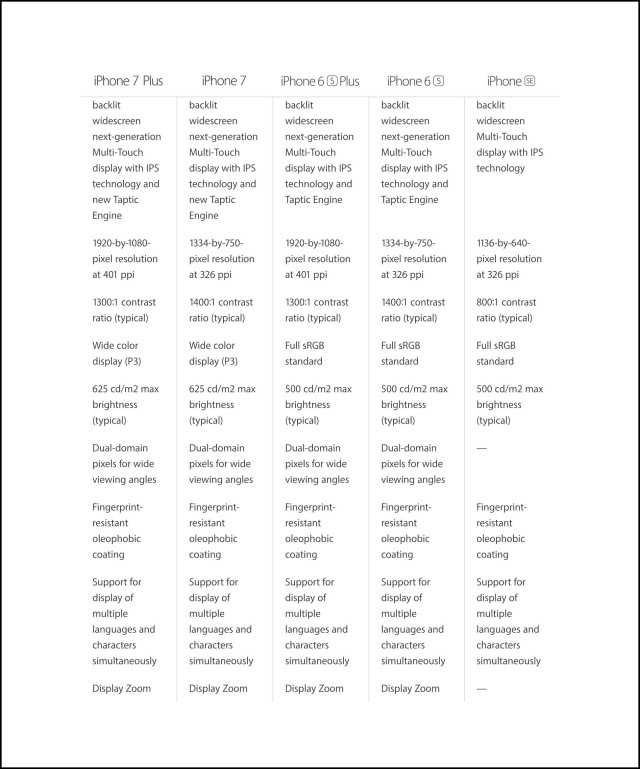 CNET writer’s got a chance to play with the iPhone 7’s following the live event.  The did a nice write-up of that experience and include some great information in the article linked to above.  They also put together the awesome pricing chart below! 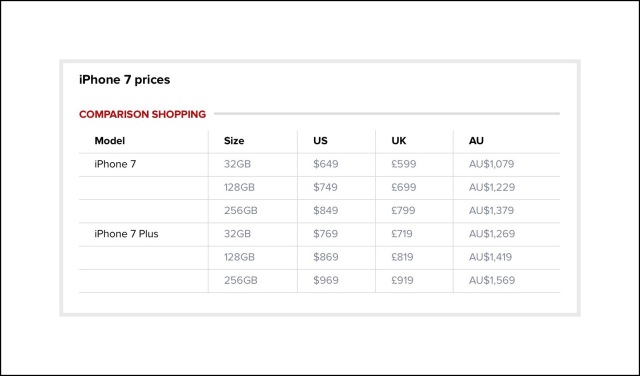 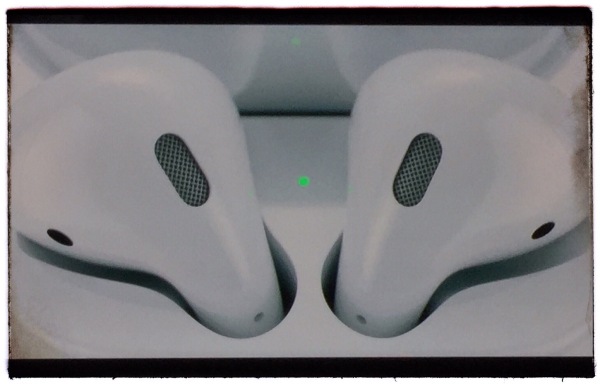 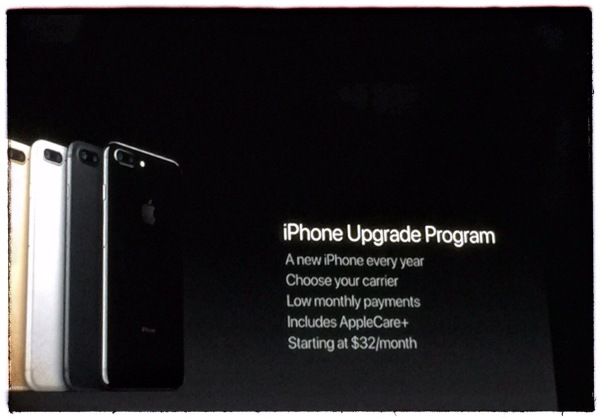 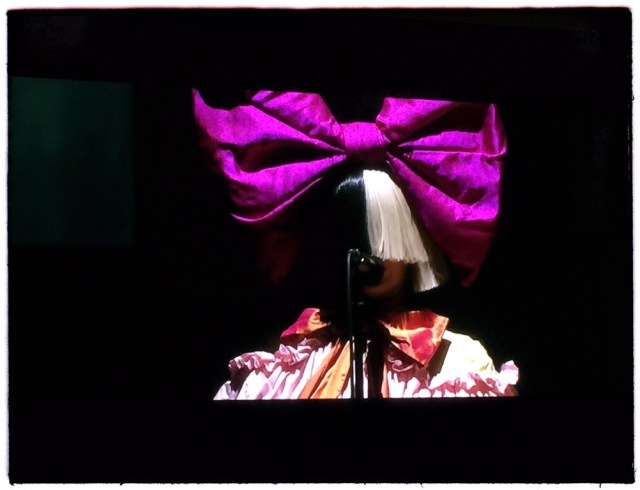 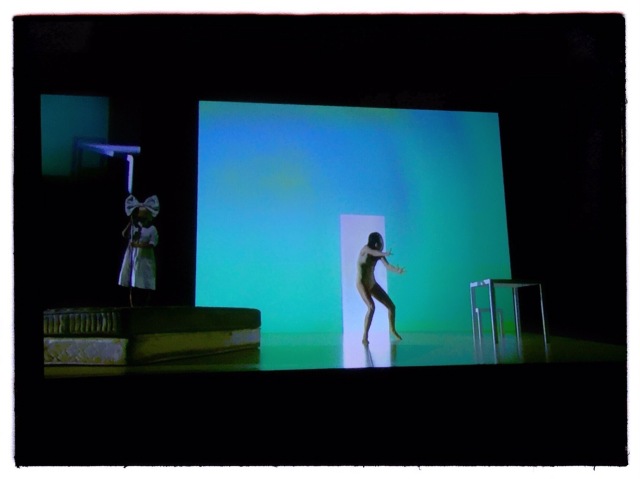 Hi...I'm the author of 2 main blogs on WordPress...vsatips...where I write tech tips for mobile devices...primarily ios...2nd is vsatrends...where I write less about tech things and more about everything else. I also host a YouTube channel which I use to better illustrate some of the 'how to's' in my posts. I love everything about technology. Currently, my main interests/platforms are ios, Windows and Amazon Echo. Recently I decided we were spending way too much money with our local cable provider. So I decided to cut the cord. There is a definite learning curve, especially the antennae part, but we successfully did that and are now saving a boatload of money, so I write some about that. I also am extremely conscientious about security because of an event my family endured , so I write a lot about that too. Two sub-categories of security I tend to focus on are the password manager Dashlane and Hardware Firewalls. Last, I take a lot of notes and have been a beta tester for Evernote for many years. I love Evernote! In recent years Apple has beefed up Apple Notes a lot...so it’s become a fairly serious note contender...as long as its OK if you lose or mess up all your Apple note data. I write about those 2 note platforms primarily.
View all posts by vsajewel →
This entry was posted in Apple, Apple News, Apple Products, Uncategorized and tagged Apple Event, Apple Live Event, Apple News, iPhone 7. Bookmark the permalink.