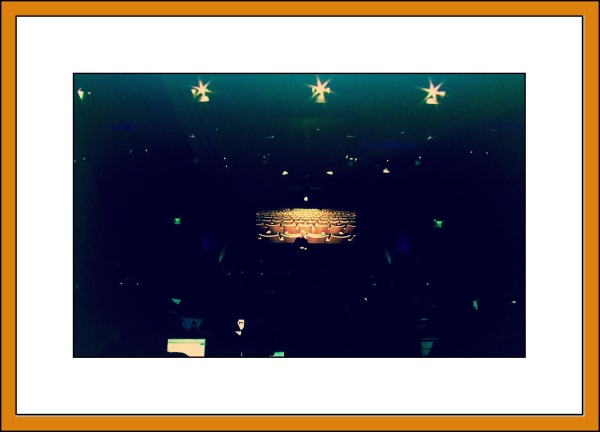 To start off with I’ll do a short recap of all the announcements in outline form.   Then I’ll provide more details in the individual sections which follow.

Tim Cook introduced a new spring lineup of watch bands including an all new fabric band made of woven nylon.  The woven nylon bands look beautiful in photos, and come in a variety of color combinations.  They all cost $49.

The biggest news is that Apple has reduced the base price for all Apple Watches which now begin at $299!

Apple TV now has Siri integration for the App Store utilizing Siri’s ‘Always On‘ feature.  This means that Siri is always ready and standing by listening for your commands.  I was surprised recently to accidentally discover this feature and Siri startled me…but it’s amazing now that I know.

You can also now access your entire photo library via Apple TV, including Live Photos…starting today.

Apple TV also has new folders, and enhanced privacy for users and as well as password integration.

Some Highlights of the New 4″ SE iPhone

Early coverage of the live event reveals some reporters aren’t happy with Apple’s newest iPhone…saying it’s not a new phone at all but only a slight upgrade to the iPhone 5s…which has been removed from Apple’s lineup completely.  But a close comparison of the specs below tells a different story entirely.

You can watch the complete Apple Live event here.  It runs a little longer than an hour. 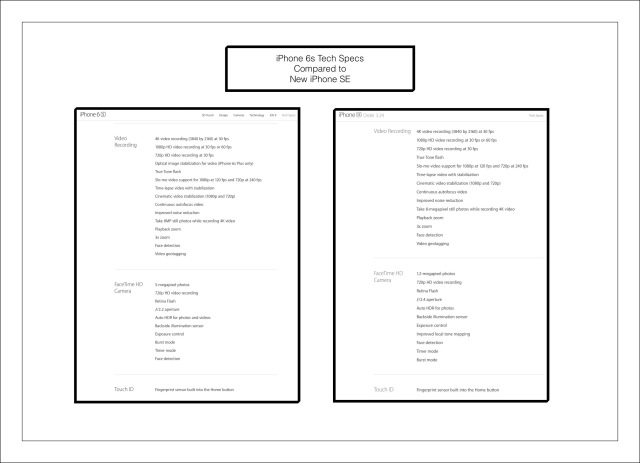 In fact quite the opposite is true imho…this new iPhone is an awesome addition to the lineup and offers a ton of features and power for a very low price.  I suspect that some of the people who’ve shelled out upwards of $800 for the 6 or 6s will regret having not waited for the SE instead…because they would have saved a lot to of money! 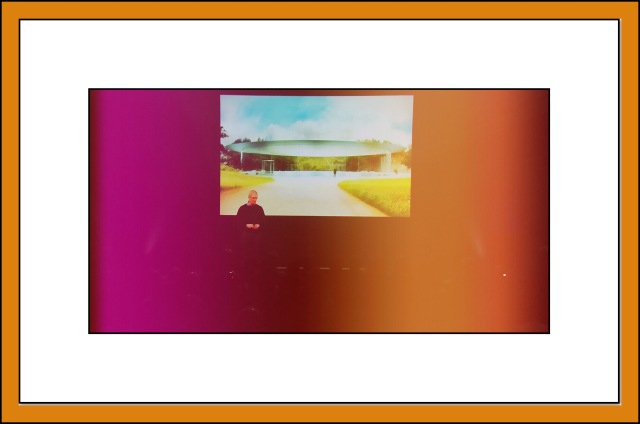 Some of 9.3’s Newest Features

“Why Make a Smaller iPad Pro” he asked?  The iPad has been the best selling tablet size and form factor for both Apple and around the world.  It’s improving upon an already good thing.  This new smaller iPad Pro is less than 1 lb.  As evidence for how popular iPads have become he told us that there are now over 1 million App’s just for iPads alone in the App Store.

Phil’s enthusiasm was difficult to hide.  He went on to tell us that the new iPad Pro’s Display has the highest resolution and lowest reflectivity of any iPad…its the  brightest too with the broadest color gamut.  It’s the best display Apple has ever produced.  It includes Night shift for less eye strain during nighttime viewing.  It also incorporates a new true tone display concept that measures the amount of ambient light and color temperature and then adjusts the images displayed accordingly.  This display breakthrough is hard to go back from. It has incredible audio.

A Few More Not So Boring Specs Include

9 to 5 Mac wrote a very good comparison article showing the differences between the new 9.7″ Pro and the older (by 6 months) 12″ model.  The iPad Pro is available in the same four colors as the rest of the Apple mobile device lineup, including, silver, space grey, gold and rose gold. It’s available for preorder in Thrusday March 24th and will be shipped, or maybe delivered on the following Thursday March 31st.

Some iPad Pro Accessories Were Mentioned By Phil Too 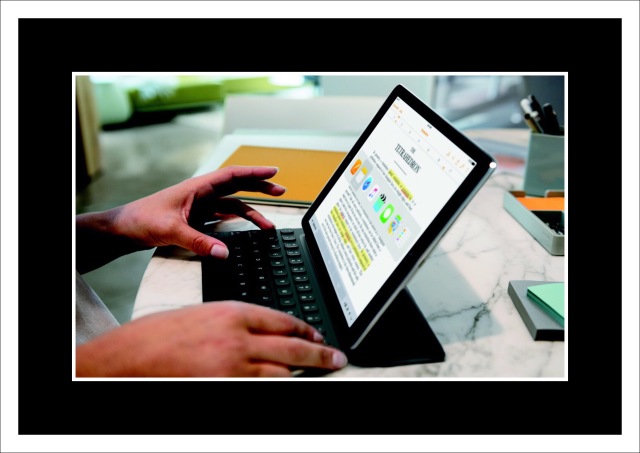 The new smart keyboard for the new iPad Pro

Apple Pencil $99 – Phil called Pencil the best accessory Apple has ever created.  It has built in Palm rejection and multi input capability so you can use your fingers and Pencil simultaneously 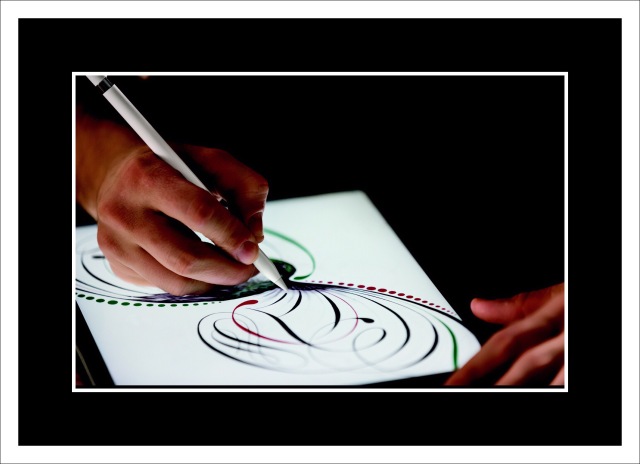 Phil talked about the amazing new connectivity of this new iPad Pro.  He mentioned a powered usb connection device which would give the new iPad a huge boost in connectivity, but it’s unclear right now exactly what he meant by that.  Apple lists the above four new connecting cables in their press release today.  The press releases is packed full of details that are too numerous to mention here but well worth a look at.  Here’s a link to apple insiders discussion about the new connectivity potential which explains a little more about the confusion of what will really be available.

Feel free to leave me any comments you may have below:

Hi...I'm the author of 2 main blogs on WordPress...vsatips...where I write tech tips for mobile devices...primarily ios...2nd is vsatrends...where I write less about tech things and more about everything else. I also host a YouTube channel which I use to better illustrate some of the 'how to's' in my posts. I love everything about technology. Currently, my main interests/platforms are ios, Windows and Amazon Echo. Recently I decided we were spending way too much money with our local cable provider. So I decided to cut the cord. There is a definite learning curve, especially the antennae part, but we successfully did that and are now saving a boatload of money, so I write some about that. I also am extremely conscientious about security because of an event my family endured , so I write a lot about that too. Two sub-categories of security I tend to focus on are the password manager Dashlane and Hardware Firewalls. Last, I take a lot of notes and have been a beta tester for Evernote for many years. I love Evernote! In recent years Apple has beefed up Apple Notes a lot...so it’s become a fairly serious note contender...as long as its OK if you lose or mess up all your Apple note data. I write about those 2 note platforms primarily.
View all posts by vsajewel →
This entry was posted in Apple, Apple News, Apple Products, Apple Watch, Apple's New iPhones, Tech Tips. Bookmark the permalink.